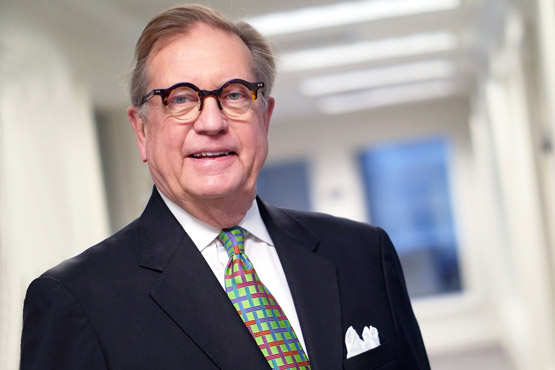 Guided by the mission of improving the health of the people in the communities served by Texas Health, Mr. Hawthorne successfully implemented a unique vision while conquering several challenges. Perhaps the largest was overseeing the joining of several highly successful health-care brands — Presbyterian Healthcare Resources, Harris Methodist Hospitals and Arlington Memorial Hospital — in creating Texas Health Resources. Texas Health has reaped the benefits of his strategy and vision and has enjoyed a successful integration of the organizations into one health system that serves one in four North Texans.

Mr. Hawthorne is a past chair of the Health Leadership Council Executive Task Force on the Uninsured, Dallas-Fort Worth Hospital Council, the Texas Hospital Association and of Premier, an alliance of nonprofit hospitals and healthcare systems. He also served as chair of North Texas LEAD (Leaders and Executives Advocating Diversity) Initiative and as chair of the Dallas County Community College District Foundation and of the DCCCD Foundation's Campaign for Excellence Health Professions Initiative Committee. He was formerly on the board and executive committee of the American Hospital Association. A past president of the Circle Ten Council of the Boy Scouts of America, he received the Silver Beaver award from the Circle Ten Council for distinguished service. A recipient of the Distinguished Eagle Scout Award, he received the Distinguished Citizen Award from the Longhorn Council.

Go back to Board of Directors page